In the recent crazy wave of ICOs we hear every day that investors should be warned and there are lots of scams or that it is unlikely that ICOs can deliver.
So the question is how do you tell apart a “good ICO” from a bad one?
It is a difficult question, but let us look at some examples.

Some ICOs possibly need NOT to be advertised and do not seek excessive publicity.

The common pattern in these ICOs is that they are not too aggressive trying to sell as many coins as possible.

In contrast, several ICOs were advertised widely and many of these, honestly, look dubious.
First we should ignore all ICOs announcements received by email we have not asked for. 99.9% will be  scams. Then there are those which seem to attract unreasonable amounts against all logic.

For example EOS have employed an aggressive sale technique: the sale expires today! Recently they behaved more honestly than before and now they put “Period 76” in big letters. Previously it was different. It was advertised widely and had some good press coverage and they raised nearly 200 million of USD in a few days. For a long time their communication looked like, well they are deliberately trying to abuse the naive investors. Every day their website looked at at this is a unique opportunity to buy tokens which is going to end soon; with a clock ticking… 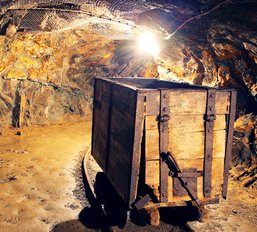 Then EOS got assassinated in one Financial Times blog for “a remarkable feat of salesmanship” – selling tokens which simply do NOT offer anything:  they do not even confer the investors “any rights, uses, […] functionalities or features” w.r.t. the EOS software platform under development, and it is not clear what actually they offer [some sort of access rights for the platform?]. Now I am not sure have many investors have actually heard about this FT report. What really surprises me that even today EOS is raising MORE than 1 million dollars per day from investors. Are investors blind and deaf and not reading the press, or is EOS so valuable and people who buy them surely know what they are doing?

Declaration of conflict of interest:
The author of this post holds some of crypto coins cited here. He has also been approached by DomRaider in order to become their advisor.