A new documentary tells the story of the discovery of one of the most important cryptography papers of all times. We are talking about an extensive technical report written in German language and entitled “Kurzgefasste Darstellung der Auflösungsmethoden”. For some 80 years it has remained classified, part of the so called Gustave Bertrand WW2 archives.

It was written presumably in France, in early second half of 1940, by Marian Rejewski and Henryk Zygalski, though the author names are in fact, not at all specified(!). It seems also that Alan Turing, Dilly Knox and other UK authors were also involved in producing this report. This is, because, instead of a list of authors, this report is written as a summary, or a survey, and very much like a manual, summarizing what was known to the whole group of people. It contains in fact a very clearly marked  list of named contributions, many of which are made by UK cryptologists. For example all Jeffreys, Herivel and Knox are named inside as contributors, see Fig. 1 here. If the authors are not specified, and in absence of further factual discoveries, this report could also be considered as joint work contributed, directly or indirectly, by all people named inside(!).

It is a concise and very detailed summary of all known attacks on Enigma as of 1940. A monumental document which shows how cryptography and cryptanalysis have developed in 1930-1940, with a summary of presumably everything which was known to the allies [Poland,France and Britain] about breaking Enigma codes, at the time.

In fact not quite so or not yet. The title “Kurzgefasste…” suggests that a longer even more detailed document may have existed, which question is also discussed inside this documentary. In fact we know for sure, that some additional cryptographic and signals intelligence knowledge and expertise, and numerous additional concrete decrypts of WW2 messages, have existed at the time, and were known only to yet fewer people. It is believed that these things were however shared with Bletchley park, or/and countries more directly concerned such as Switzerland, more on the need-to-know more ad-hoc basis. It was estimated [as reported by Jean Medrala who has spent a lot of time studying French military archives] that about 50% of decrypts done by Polish code breakers working on the French soil were dissimulated, and not communicated to Bertrand, for some time, and at least until the late 1970s, when Bertrand has written his memoirs. In particular we should consider that knowledge and expertise concerning the decryption of Russian messages was considered as even more sensitive than anything concerning Enigma. It was known to a yet smaller circle of people and almost certainly this part was also not known at Bletchley Park either, and was shared with the UK on a different basis. Private correspondence of WW2 code breakers, preserved by their surviving family members, suggests that they did not in general trust Bertrand, who officially worked for the Vichy government(!). We expect that additional facts will brought to light, and will be published in the near future.

Observation: We should note that the method of Sillies, described by Welchman in The Hut Six Story, will be the first one, not known or not shared with the Polish and French side. This even though very clearly the report shows how the attack method of Herivel, from exactly the same period became operational, with contributions made on both sides of the Channel. These methods were operational in second half of 1940, after France was overrun, and was based very clearly on observations and data gathered in Bletchley Park for a longer (earlier) period, but maybe not shared anymore or not in full. This is a significant observation, and this is maybe how the report can be dated to be closer to June than September 1940. Or this is how the XYZ or Polish-French-English cooperation has slowly ended, and a new era of code breaking run and dominated by Britain alone has started.

Here is the documentary to watch: 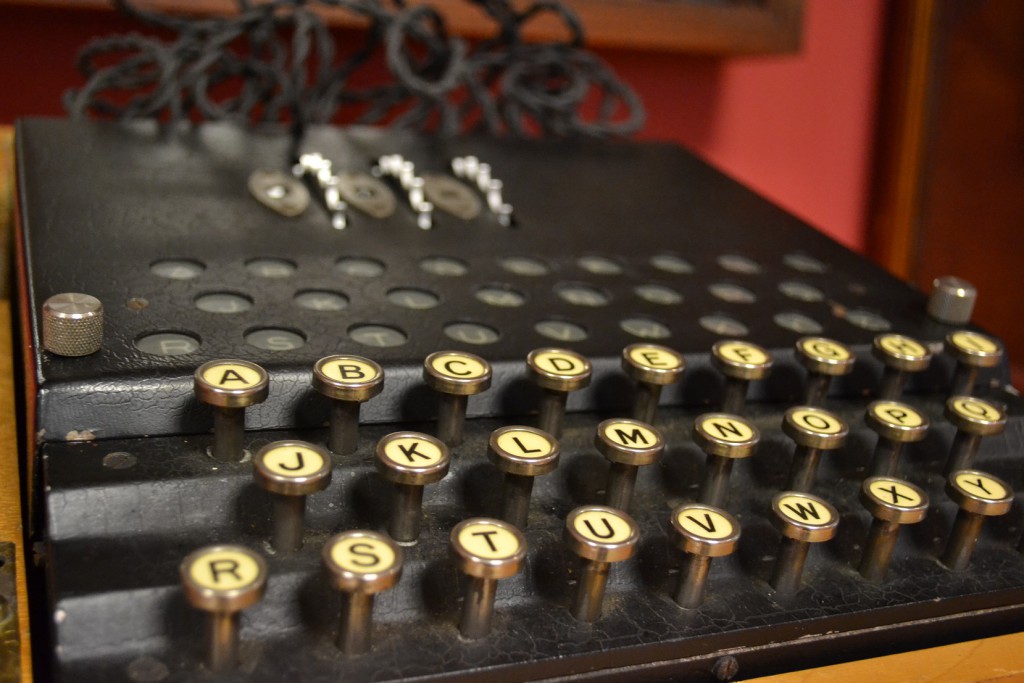 On a picture: an original French-Polish made Enigma machine with ABCD keyboard from the collection of Pilsudski Institute in London. Only 2 such machines exist.