A bug which allows unlimited creation of coins was found and fixed in ZeroCash.
It is a sophisticated and subtle security flaw. We read that:

To exploit the counterfeiting vulnerability, an attacker would have needed to possess information found in the large MPC protocol transcript that was made available shortly after the launch of Zcash. This transcript had not been widely downloaded and was removed from public availability immediately upon discovery of the vulnerability to make it more difficult to exploit. The Zcash Company adopted and maintained a cover story that the transcript was missing due to accidental deletion. The transcript was later reconstructed from DVDs collected from the participants of the original ceremony and posted following the Sapling activation.

Added May 2019:
For decades we have heard toxic propaganda claiming that open source software is secure, that peer-reviewed research is correct and accurate etc. Again evidence says the contrary: In Australia they had printed and circulated 46 million bank notes with a typo and nobody noticed for 6 months.

George Soros decided in his old days to pick up a new fight.

Let us be clear about who is George Soros. This man represents simultaneously what is the best and what is possibly the worst, inside our barely democratic Western pseudo-liberal but generally still rather free world (for now).

What is the new fight he is proposing?

It looks like the free market economy and the free world, but also simply the human race, has two new enemies. 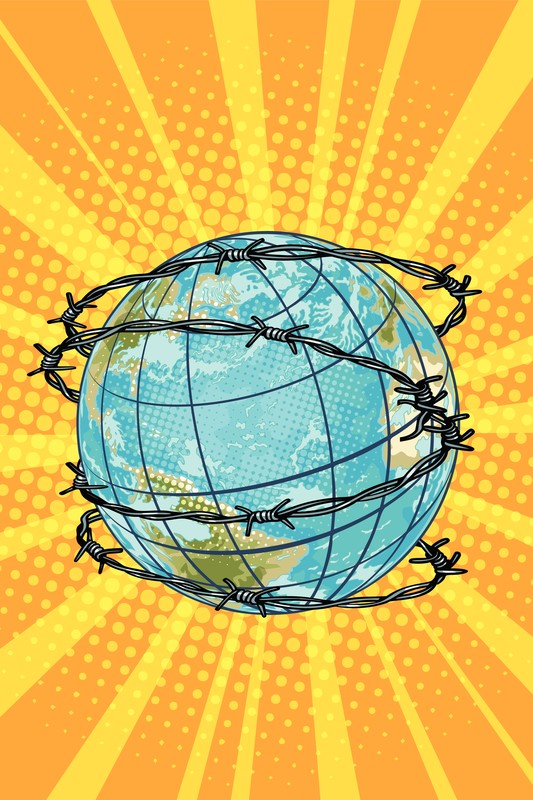 It is a pity that we have recognized this earlier. That our politicians are either imbeciles or they simply work for mafias and lie to us every day. That every day we are victims of fraud which is here not help us but in order to make our lives miserable. That we voluntarily submit to the totalitarian project of the Sillicon Valley, the worst enemy of freedom we have known since fascism and communism have lost in the last century.

Soros proposes that the United States should should “stop waging a trade war with practically the whole world”, and simply “focus on China” and China alone. He proposes to crack down on the Chinese telecom and electronics industry and on their domination inside our connected devices. I think George Soros has (again) picked up a great cause and a great fight. It seems in fact that the prophecy of Ross Anderson from 1998 is coming true: what happens with top-dog country policies when you stop being the top dog: you get hit very hard.

Long live George Soros, whatever are his motivations, nice or not pretty, we need to listen to him and embrace the fight against BOTH evil empires. The emperor has new clothes. We need to say no, try to stop the domination of the world by neither of the two totalitarian organised crime syndicates which emanate from both sides of our planet. We need to stop the construction of a totalitarian dystopian future, when the human race will be enslaved, no longer by financial markets run by Mr. Soros and his friends, but much worse: by a totalitarian dystopian machine economy and mass surveillance capitalism where humans matter very little.

On January 3rd we celebrate 10 years since bitcoin network started operation. Long live all crypto currencies, especially those which actually are real innovators, and bring new technology such as advanced crypto techniques to the market.
Let a thousand crypto flowers bloom. 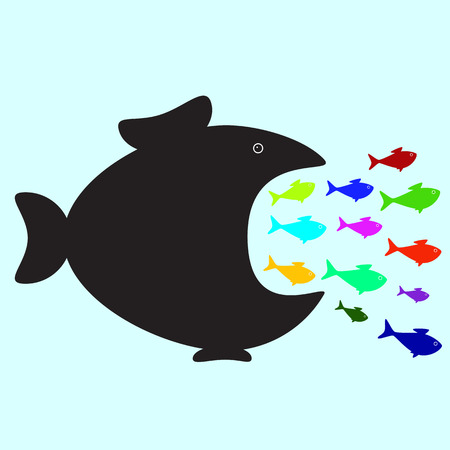 P.S. It is also 20 years and 2 days after the introduction of Euro. 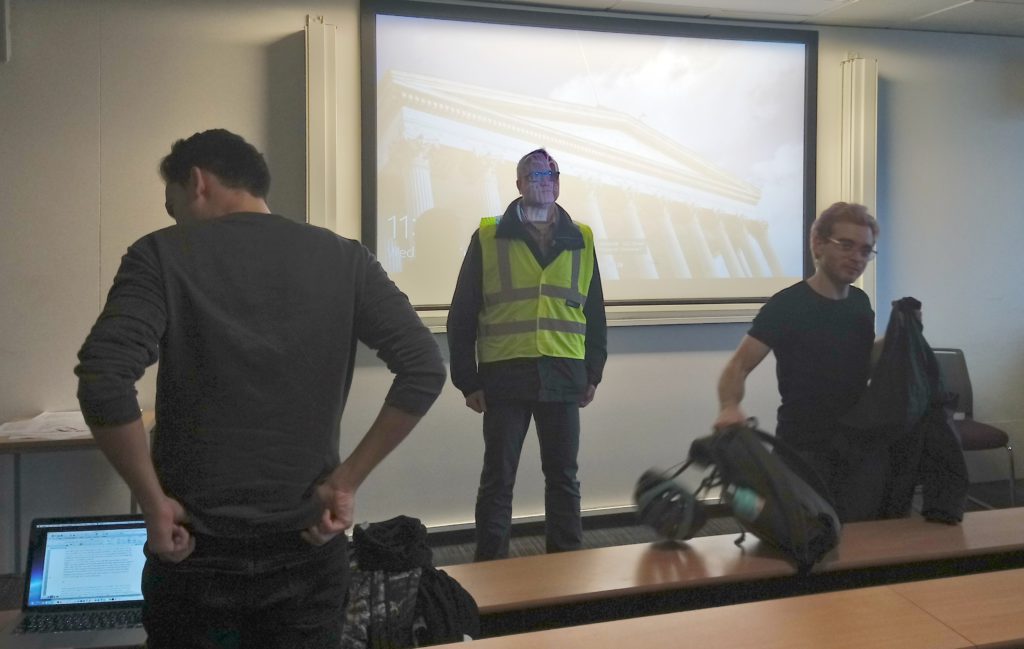 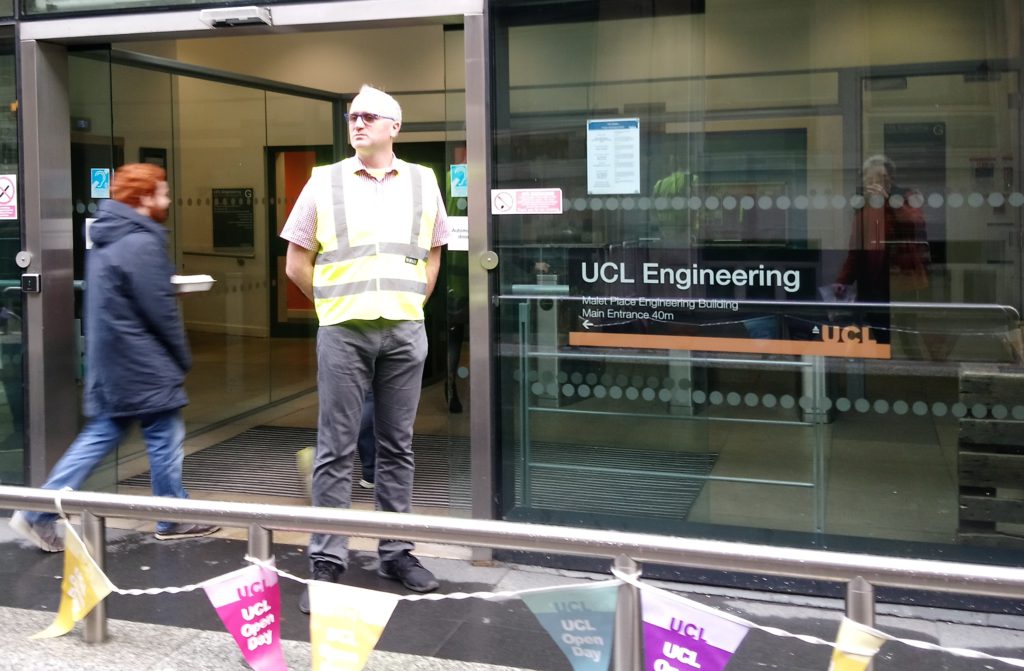 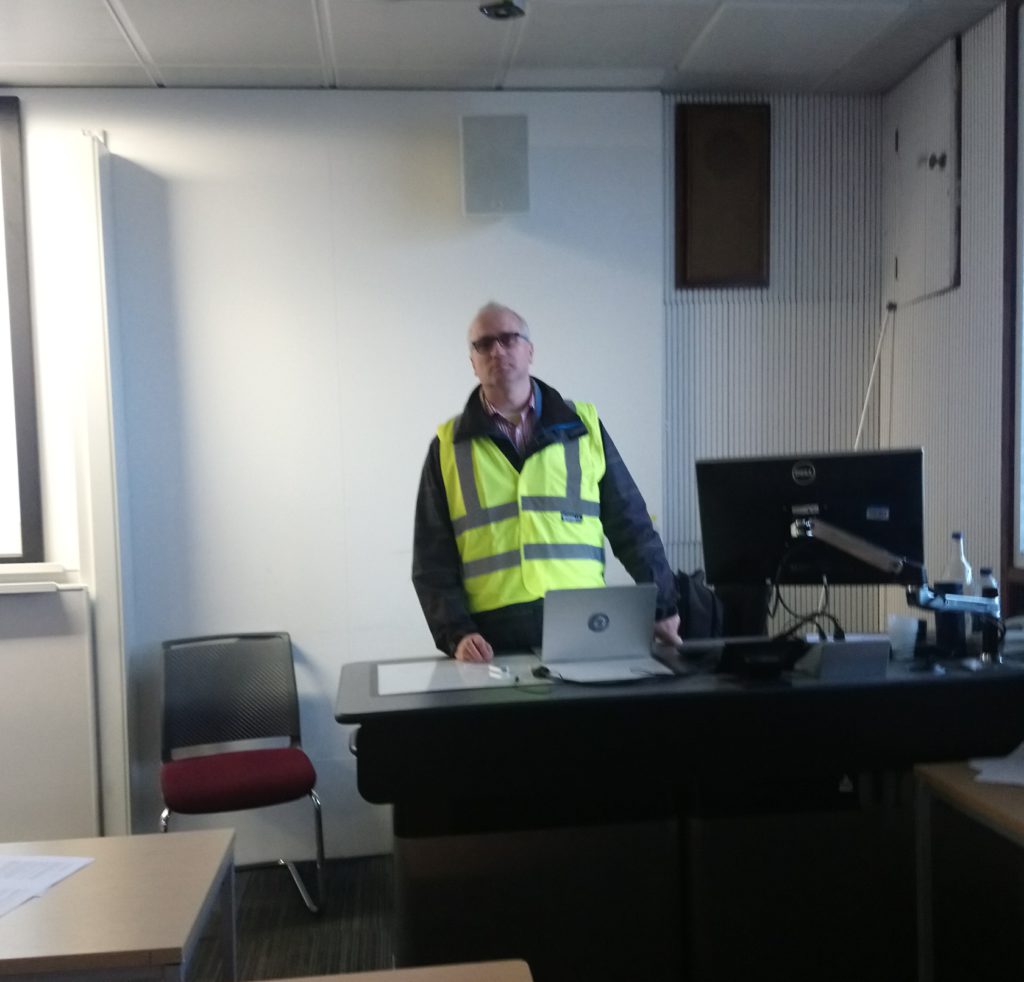 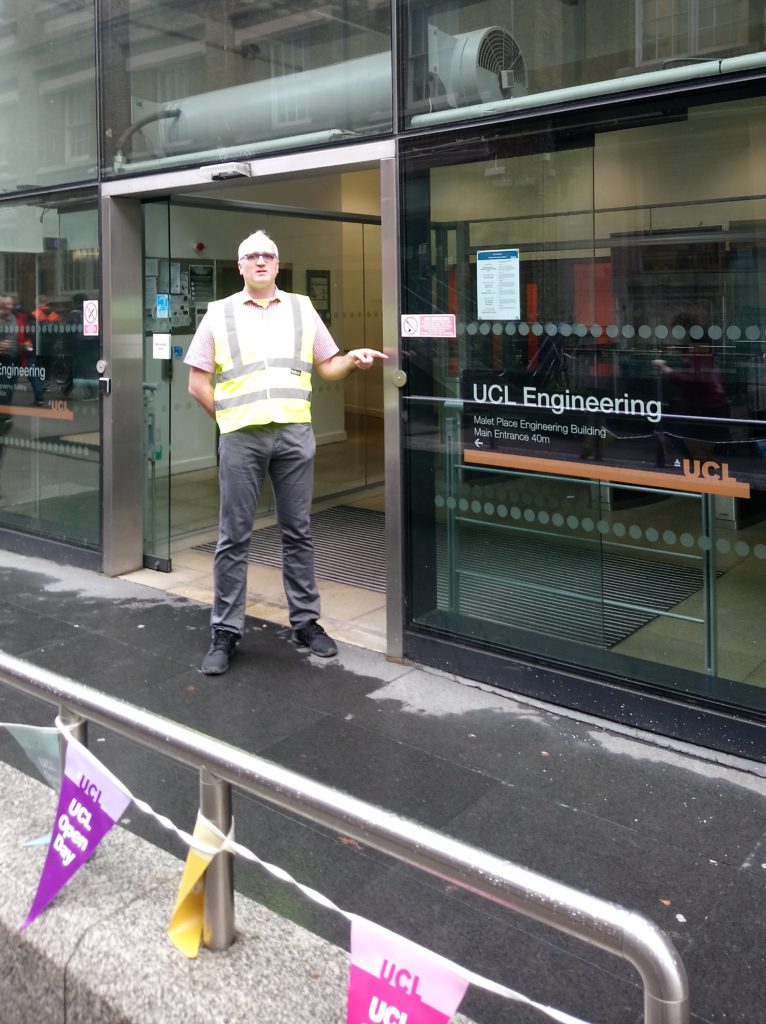 Spontaneous discrete protest movement of an individual against the mafias which are in charge of cyber-security,  cryptography research and education at large worldwide. 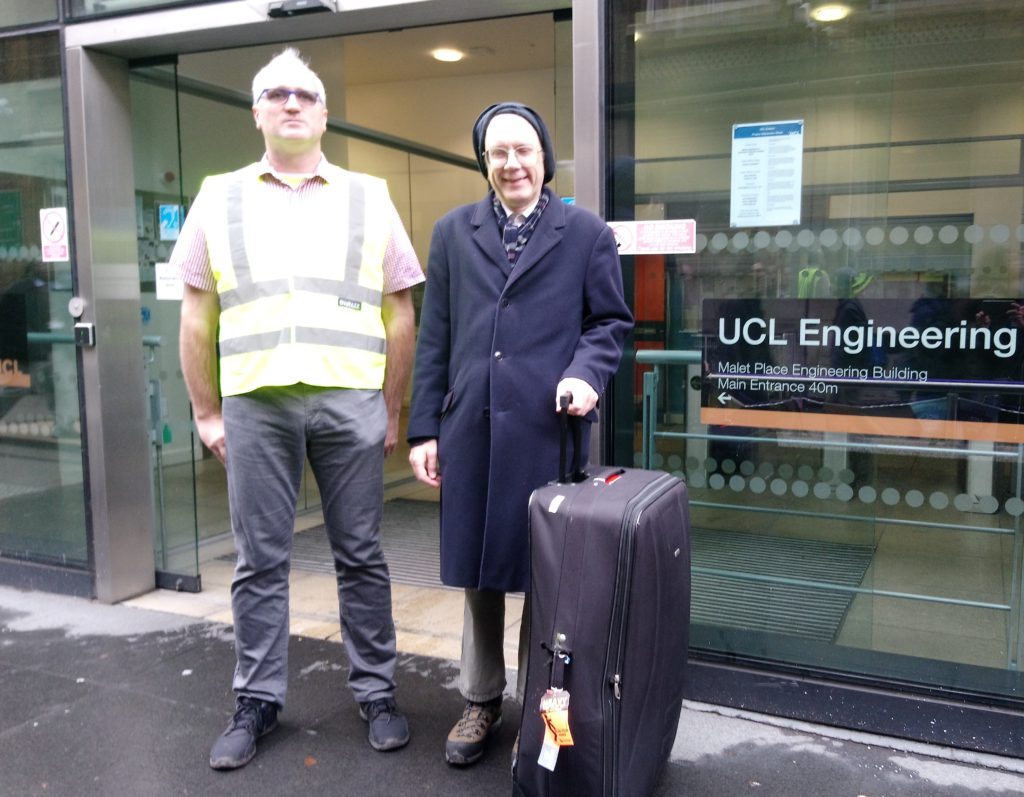 at is my protest against and I have responded:

It is against hate. All the hate you receive because you are different and you don’t have the same ideas or just because people don’t like you, for example because you are a geek, or because you are yourself, a semi-autistic pathological (not very social and, working on controversial topics) fiercely independent researcher. Or because you speak a foreign language. Or for no apparent reason.

I wish that our public institutions, governments, universities and also public spaces such as say Internet or bitcoin network, or say the mass media, or say the crypto research community, would be AT LEAST  neutral (if not benevolent). More often the not,  they are rather evil and malicious, work the benefit of for vested interests which sponsor and support them in a variety of ways. A perverse system meant to do harm to our societies. Each time organizations achieve strong dominant positions, we should immediately stop trusting them. We need to fight for a more decentralized economy. We have an excessive concentration of power and money in the hands of too few individuals.

An example is how scientific research is manged in most countries:  gangster science, the primary substance of which is “clerical power” (a bit like in Iran) by people who by definition are always right and other are by definition always wrong. We have for decades indulged in fat cat science policies which benefit only some top individuals and which make the lives of other miserable. Scientific research is a rat race in a proper sense: bad behavior and aggression against fellow scientists is encouraged.  Too much so called competition, which is frequently fake, just doing harm to each other; too little cooperation, too much of science with powerful sponsors and strong incentives to lie and cheat etc. The results of this are primarily bad research and bad education. Sponsored education meant to mislead and brainwash the public and also the industry and the government circles. When I started doing research in cryptography in the 1990s most researchers were I think honest and candid (though extremely naive!). I believe this has changed irreversibly and today you cannot survive in research you don’t submit to the dominant corrupt and sectarian ideology and ideas, and also when you even sometimes just say what you think. Research should produce knowledge and create jobs for sure, but also enlighten and educate our societies. I must say we don’t do it well, or not well enough.

Remark: When half of UCL was on strike I did not participate. I am a perfect non-conformist known for having very strange ideas. Expressing your point of view is not illegal or not yet.

I have written an elementary tutorial and a first proof of concept
about how to backdoor a block cipher in a quite general setting.
Potentially it applies to any block cipher.
Success is not guaranteed though, see the paper. 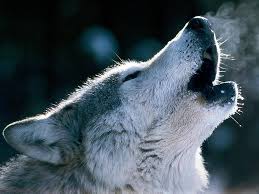 ADDED 2 JAN 2019:
a new paper shows that invariants of higher degree are substantially more powerful. Instead of a progression, we have a qualitative leap in what can be now achieved: see new paper.

A web page shows that many crypto currencies lack protection against 51% attacks. For example to double spend in Dash, one needs to pay only 14K$ per hour. To double spend in bitcoin private, 1000$ will suffice. And course benefits of double spending can easily outweigh the costs.

In addition some of the higher numbers are questionable. There is almost certainly an easier way to command 51% of bitcoin hash rate for one hour than paying 650K$. It is sufficient to hack some pool servers, or directly the software run by miners. Luckily for bitcoin, there exist vaste privately-owned mining farms where the software and the hardware are also proprietary.

ADDED: This is how Bitcoin Gold has lost all credibility.

ADDED LATER: And this is how ETC has lost credibility also.

ADDED in 2020. New stratum protocol will have some protection against hash redirection attacks.

ADDED in 2020: Some recent research on 51% attacks on POW and POS blockchains.

These companies (Facebook, Google, etc) known as Internet Giants violate our privacy everyday and they have corrupted our minds and our economy worldwide. They have built a totalitarian dystopian future which is here already, where humans and business alike are enslaved by a digital mafia which aims at controlling and taxing the whole global economy through mass surveillance and stalker economy. Our consent is fake and forced, we actually click on 50 Yes I Agree pop-ups or security alerts daily without ever reading them. We buy a device and instead of owning it, it owns us. We let it do what it likes, like recording our private conversations 24/7, our emails, our clicks, etc, and in order to sell these “data” to other companies, and to use it against our will, against our values and against our laws. In the modern economy, companies spend increasingly large amounts of money in an effort to acquire a customer; and once they have him, captive, they treat him like a piece of shit. When we contribute to the digital economy we contribute for free through open source software and our YouTube videos and tutorials. We are not customers, we are not individuals, we are now rather slaves (or sheep, or pigs maybe).

The Internet Giants has transformed the human race into obedient apathetic animals which are easily manipulated and which work for the benefit of some clever yet abusive corporations (or totalitarian regimes). And there is only one guy worldwide – Max Schrems – who dares to fight Facebook and Google in courts for violating the laws. And another one who is trying to educate us about cybersecurity. And also few more. And that’s it.

An interesting historical insight about WHY we have all this, is the sort of original sin question, also more recently  explained here: “When the internet was built, free and open, it meant that advertising was the only obvious way to make money and that turned into surveillance.”

Another question is, if Google and Facebook do all the mass surveillance at a global scale, what is now the job to do for the GCHQ,NSA etc? Many experts say that police forces are by far more helpful defending us against terrorists than modern cyberspace intelligence capabilities. Max Schrems is also defending us against some ‘particularly large terrorists’ :-). But again, if Google knows everything, now a country in order to get all the intelligence they will ever need, should just blackmail the Internet Giants for access to the data. The answer is probably that these agencies in modern time are NOT that much about intelligence gathering. They are about staying ahead of the game. They are here to develop even more sophisticated technology for, well, what? Either future cyber-crime to be committed. Or to improve defensive security engineering in order to defend us against future crimes. This ambiguity is here to stay.

All owners of EOS must take these steps before June 1st, or they will lose their tokens [they will fail to transfer to the new blockchain]. US citizens are apparently unable to hold EOS tokens legally. 5 billion dollars is at risk of loss at the moment. 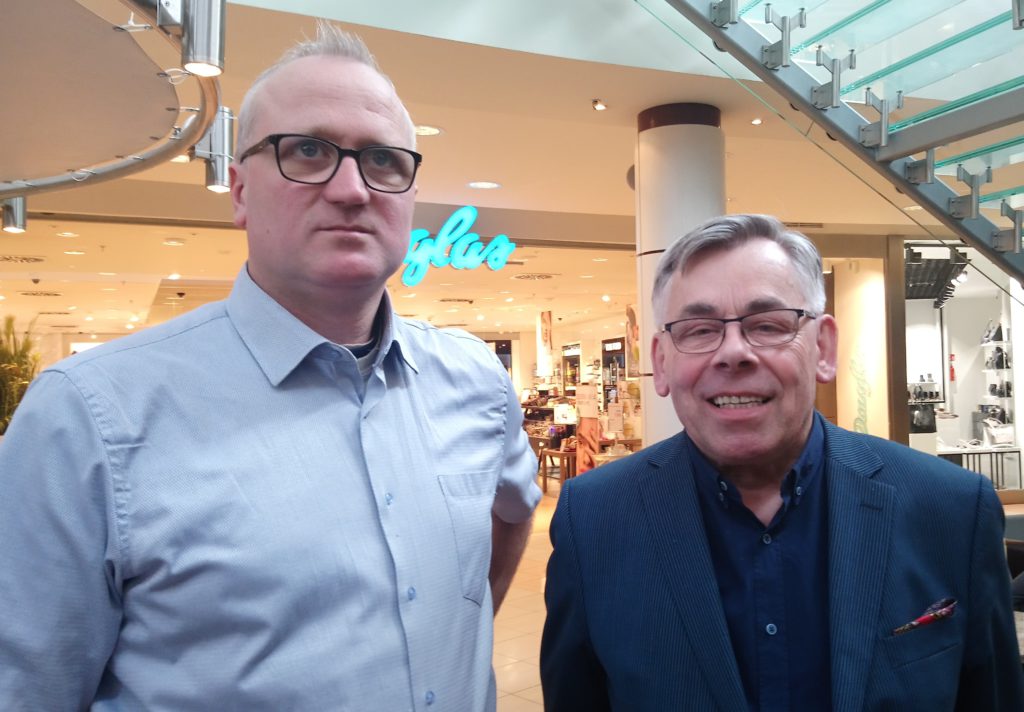 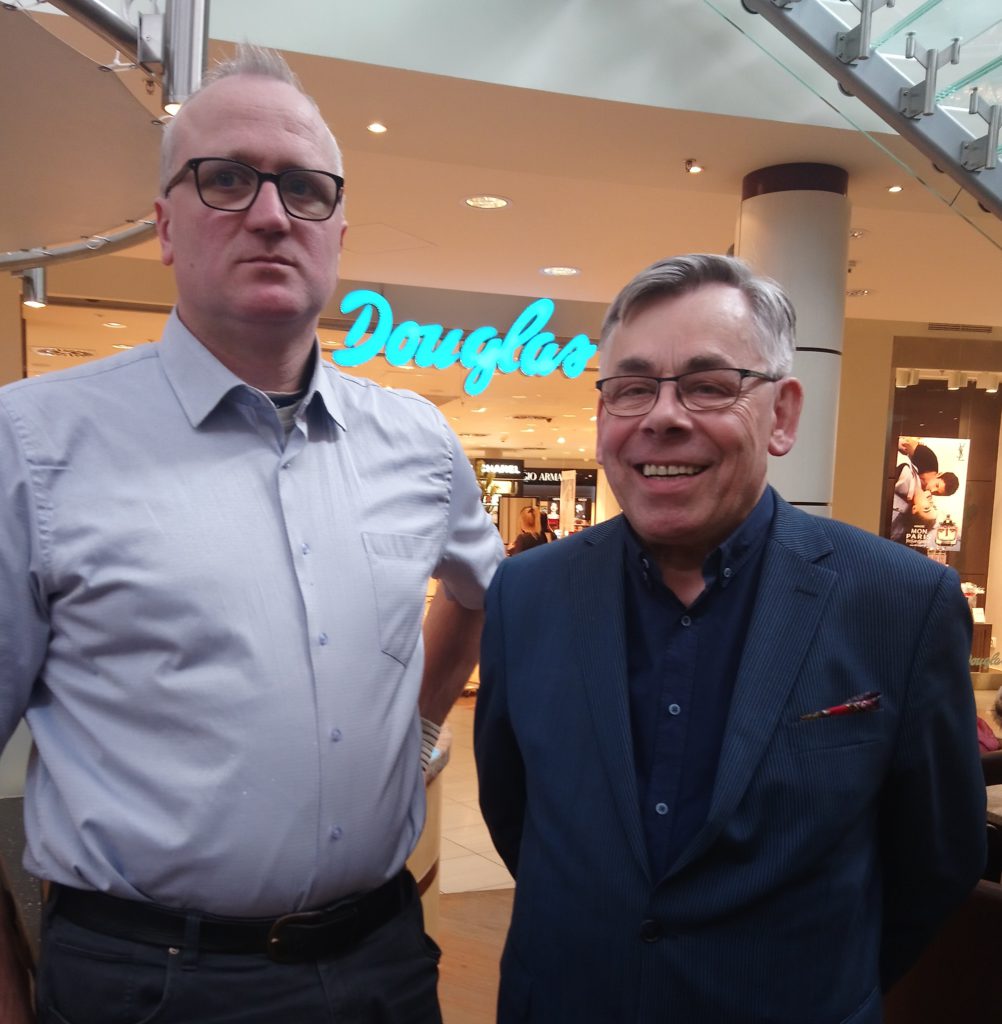